The monster is home to a number of both long-running and finite ‘mini-series’ – collections of posts focused around a particular theme or topic. You can preview them all here.

An extensive Online Symposium, exploring the future of history below. It asks what, if anything, can it contribute to contemporary scholarship? How should it be adapted or reoriented in the coming years? What new tools or techniques could strengthen it? Where will it fit in the wider academic and social landscape? Contributors include Brodie and Mark, as well as 15 other scholars. 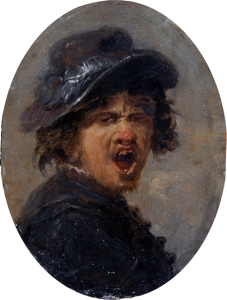 A follow-up to ‘History from Below’, this Online Symposium includes 20 posts each exploring the challenges and rewards of recovering the voices of ‘ordinary people’ from the historical record.

What to expect: sophisticated methodological reflection and remarkable archival discoveries 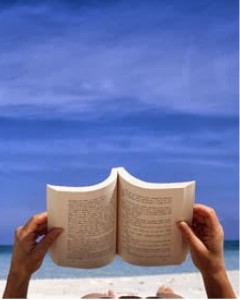 Marooned on an Island Monographs (All monster heads & guest bloggers too)

A collection of posts inspired by the question: what 5 history monographs would you take with you to a deserted island? Each offers suggested reading on a particular topic or type of history. Themes covered include early modern social, economic and religious history, and even historical fiction.

What to expect: lots of lists of history books

On Periodisation (All monster heads)

A series of related blogs exploring the ways in which we chop up the past into more digestible chunks. We are interested both in how we do this, but also why, and what the consequences are.

In the spring of 2020, as much of the world was plunged into ‘lockdown’ by the advance of a global pandemic, regular forms of face-to-face interaction were swiftly replaced by online alternatives. We invited our readers to contribute to this mini-series reflecting on the best ways to build communities online.

What to expect: reflections on the pros and cons of holding scholarly events and conversations online.

What to expect: lots of great guest posts looking at petitions. 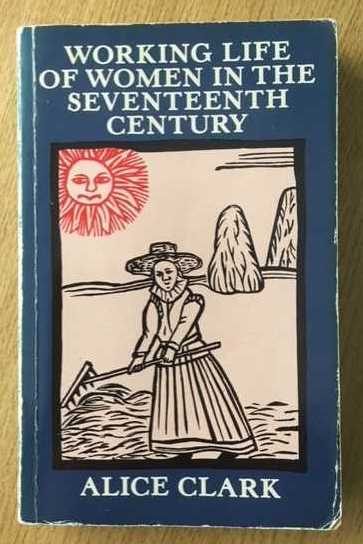 In 2019 a stellar line up of guest bloggers came together for an innovative online reading group that revisited Alice Clark’s pioneering contribution to the history of women’s work.

What to expect: leading historians of women’s work reflecting on the origins and development of the field

A Page in the Life (Monsters and guests)

An ongoing series of posts that take as their starting point a single page of an early modern diary and then unpack what it can tell us about life in the period.

What to expect: insights into the lives and loves of a wide range of characters.

A series of posts from postgrad and early career historians of London reflecting on the trajectory of their field.

To tie in with the launch of his new book, Mark explores the early modern pub, explaining why it was so central to the recreational and working lives of ordinary men and women.

What to expect: jovial good fellows (and fellowettes), drinking songs, ritual humiliation, drunken constables and beer for all. Cheers!

A series of posts looking at a selection of letters from the Elizabethan State Papers. These are unrelated to one another, but each features the complaint of an eccentric, desperate or frustrated member of the Elizabethan public to the queen herself, or to one of her chief advisers.

What to expect: from noisy neighbours to starving Puritans, and the secret lovechild of God and Elizabeth I; this series has it all! 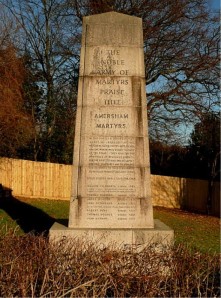 A week of posts inspired by Exeter’s memorial to two sixteenth-century martyrs. When were such monuments erected and why? How does their purpose change over time? Who gets to ascribe meanings to places in the landscape and why can this be dangerous?

A series of loosely related posts in which Brodie reflects on the wonderful world of microhistory.

What to expect: the world in a grain of sand

What exactly did people do for fun in early modern Norwich? Brodie plucks some colourful answers from various sources, including court records, ballads and paintings.

This series explores the life of Joseph Bufton (1650-1718), a tradesman from Coggeshall in Essex who left eleven volumes of notes about his work in the wool trade, his sermon-going, his neighbours and his attempts at poetry. 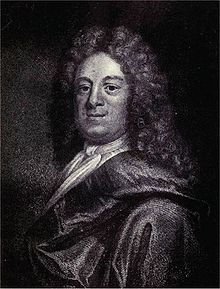 An occasional series on Laura’s current research on the pious Leeds antiquarian Ralph Thoresby (1658-1725). Posts deal with questions and themes thrown up by Thoresby’s extensive archive, which includes a life long (mainly spiritual) diary and heaps of correspondence.

REED all about it

Jonathan serves up some gems from Records of Early English Drama, an international project that has published almost 30 edited volumes bringing together collections of transcribed documentary material relating to drama, secular music, and community ceremonial and entertainments from the middle ages until the middle of the seventeenth century. 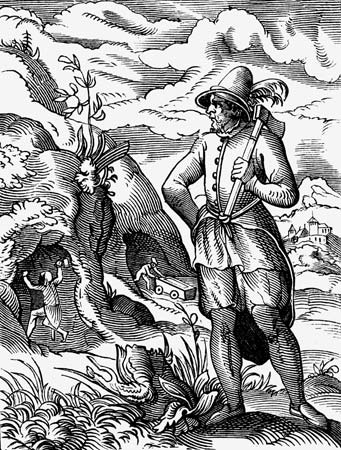 Mark’s occasional series investigating images of folk earning their daily bread. His central question is whether these might be a useful source of evidence for a cultural history of work and workers.

What to expect: woodcuts, ballads, spinning, miners, making hay while the sun shines 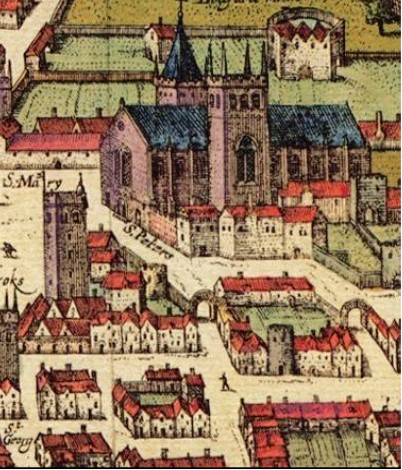 A week’s worth of posts providing a virtual tour of  objects in a 2014 exhibition on the Tudor Southwest at Exeter’s Royal & Albert Memorial Museum. What can these artefacts tell us about the southwest, museums and history, and our ways of preserving the past? 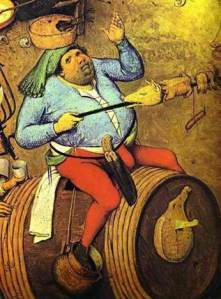 Mark explores some of the key theoretical concepts that have been deployed by historians by looking at how they have been applied specifically by historians of food and drink. 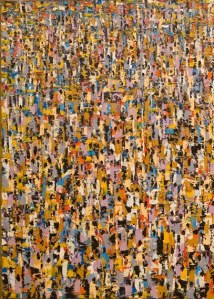 Not a mini-series per se, but a collection of posts all thinking about the issue of what to call the subjects of ‘history from below’, focusing on monikers such as ‘plebs’ and ‘The People’ and their pros and cons for historians.

An occasional series on the state of the field, looking at data on the numbers of undergraduates, completed PhDs and – of course – jobs for historians. It includes some advice for potential doctoral students and suggestions for the rest of the historical community on how to improve the situation.

All of the many-headed monster Christmas-themed posts collected together in one place, offering some historical perspective on the festive season and its rituals.

After Iconophobia (Jonathan Willis, Tara Hamling, and a host of guest bloggers)

A series of posts investigating Patrick Collinson’s thesis about the relationship between visual, dramatic and musical cultures and the English reformation, drawn from a conference marking the thirtieth anniversary of its publication.