Early modern history has done pretty well out of the BBC lately. Earlier this year, in late May and early June, there was a season of programmes (apparently 5 documentaries constitute a ‘season’) based around the Tudor Court. We had an interesting and quite adventurous treatment of The Last Days of Anne Boleyn, which made the brave decision not to give top billing to a single authoritative historical narrator, or wrap up its argument with neat historical conclusions, but instead featured a real diversity of opinions from half a dozen historians and historical novelists. Diarmaid McCulloch presented a view of Thomas Cromwell which, while at first glance appearing to owe much to GR Elton, also contained a few tantalising hints of the major new biography he is working on (and which I for one am very much looking forward to reading). Thomas Penn told the story of Henry VII, Winter King, and Ian Mortimer presented a Time-Traveller’s Guide to Elizabethan England. And finally, Melvyn Bragg made the case for William Tyndale as The Most Dangerous Man in Tudor England in appropriately evangelical mode, in a strange piece of film which was shot like an episode of the late-lamented popular BBC spy drama, Spooks. 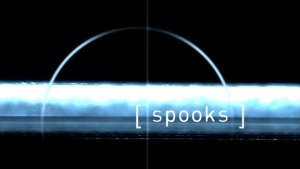 These documentaries were accompanied by re-runs of the Showtime series, The Tudors (which I don’t intend to dissect here!), and all in all I think that this sort of documentary interest in the period is, in the immortal words of Sellar and Yeatman, A Good Thing. Another recent onscreen foray into Tudor England has been conducted by David Starkey, in his four-part series Music and Monarchy, which began airing on 20 July and finished on Saturday 10 August: UK residents can still catch it on iplayer. Entitled ‘Crown and Choir’, the first episode looked at ‘royal music’ in England from Henry V to the death of Elizabeth I. I have to say, that as a historian who has written a fair amount about sixteenth century music, I had somewhat mixed feelings about watching this documentary. I like the fact that the history of music is something that people (and documentary-makers) seem to be increasingly interested in: in recent years the BBC has also given us Sacred Music and Howard Goodall’s Story of Music, both of which were interesting pieces of television. But music and monarchy? Starkey is of course primarily an historian of elites, and of court culture. But (and I hope that, given the recent online symposium on history from below, I am preaching largely to the converted) the story of music in the sixteenth century is so much more interesting than that, in terms of the broader role it played in popular culture and religion.

On balance, watching this first episode of Music and Monarchy I was pleasantly surprised. Starkey, for all his controversy and confrontational style as a commenter on current affairs, is a compelling and captivating storyteller, and it’s pretty clear that he is passionately interested in his subject. The tone strikes about the right balance: it isn’t overly simplified or patronising, and neither is it loaded with too much technical jargon. Occasionally Starkey allows his effusiveness about the music to cloud what could be a more rigorous analysis, but this is popular TV, not an academic lecture. He talks to a small number of musicians and academics, including the multi-talented David Skinner, and includes lots of long, sumptuous performances of pieces of early music in the venues in which they were (or at least in which they could possibly have been) performed. All in all then, this documentary too, to my surprise, is probably A Good Thing. Except… For 50 minutes of ‘Crown and Choir’ I broadly enjoyed what I was watching. But for the last 10, I pulled out my hair, and if my train carriage had had opening windows I might have thrown the iPad I was watching out of one of them. This is for two main reasons. 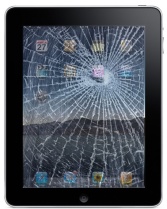 Bad Thing #1. In large part, the interplay between music and monarchy (and religion) was dealt with well, but in the final ten minutes what had functioned quite successfully as a lens turned suddenly into a pair of blinkers. Elizabeth I saved church music, we were told (partly right), but not only that, she did it singlehandedly, solely by maintaining a chapel royal of equivalent musical magnificence to her father, Henry VIII. Inside it, Elizabeth composed for herself a warm and dazzling sacred oratorio; beyond her chapel was merely a cold and frosty Protestant wasteland. Now that is just plain wrong. Even if we leave aside the complex musical picture in the Elizabethan parish church, which may well have still contained an organ, a choir, or at least a couple of paid singers, what about the musical livings she preserved elsewhere, and the university college and cathedral choirs up and down the country? True the chapel royal was probably the best resourced choir in Elizabethan England, but its musical reputation was maintained in part by poaching singers and composers from other musical establishments, such as the composer and organist William Byrd from Lincoln Minster.

Bad Thing #2. Where the parish church was briefly mentioned, it was as a cold, austere, whitewashed box, devoid of all visual and oral ornament. Cue a group of aged parishioners slowly and tunelessly droning out the ‘Old Hundredth’, a musical oxymoron; ‘all people than on earth do dwell, sing to the lord with cheerful voice’! That, Starkey observed, was as good as it got: the best that the man in the street (or at least the parish church) could aspire to. Again, leaving aside the complexity of the parish situation, which I would characterise as a vibrant and amorphous fusion of traditional and innovatory musical forms, the problem with this sort of approach is that it harks back to an outdated musicological approach that equated musical ‘quality’ with historical significance. Congregational metrical psalmody might not be the sort of music that features on the glossy CDs produced by modern choirs like the Sixteen or the Tallis Scholars, but that does not mean that it lacked value or importance (interestingly, the bibliography of the book that accompanies the series references rather dated literature on this topic, such as Temperley’s 1979 Music of the English Parish Church). For the first time, ordinary men and women were invited to play an active and participatory role in parish church worship, by joining in and singing praises together in one resounding voice. Starkey even misses a trick here in terms of his focus on music and monarchy. Such was the popularity and success of congregational song, that in the 1570s the government produced a series of metrical anthems, to be sung to familiar tunes to the glory of both God and the Queen. These works were most obviously to be sung on the ‘Crownation Day’ celebrations of 17 November, and far more people sang them than ever even heard Byrd’s beautiful motet, O Lord, let thy servant, Elizabeth. The reason that the vernacular sacred oratorios of Handel proved so popular in the eighteenth century, one might surmise, is at least in part because by that point the English had been singing themselves Protestant for the best part of two centuries. The reformation had effectively turned every parish church into a choir, albeit often a not very good one.

I don’t feel professionally qualified to comment on the rest of the series, and anyway this is supposed to be a blog, not a monograph. I’m now three-quarters of the way through, and broadly I think that his perspective is an interesting one, and that the documentary is a Good Thing – it might even inspire some people to find out more. But just as the story of popular religious music cannot be told without paying some attention to the interventions of kings and queens, so the musical legacy of kings and queens cannot be properly told without paying some attention to popular reception. And ‘reception’ in this context should not be envisaged as a passive process, but as a means by which people helped to shape the Protestant nation of which they themselves were part.

10 thoughts on “Tudor history on TV, and a partial review of David Starkey’s ‘Music and Monarchy’…”