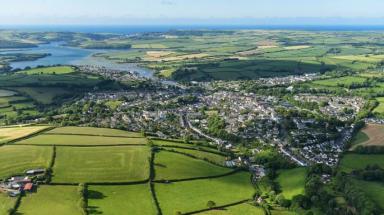 This spring I had the good fortune to visit Kingsbridge, a small market town in South Devon. The town sits on a steep hill overlooking the many-branched estuary, and it is home to The Shambles (or market arcade) with five Elizabethan granite piers, and a seventeenth-century grammar school (now an excellent little museum).

Of course I popped into the church – St Edmund King and Martyr on Fore Street was largely rebuilt in 1414, then restored and extended in 1849 and 1896. What caught my eye there was an inscription on a tablet just outside one of the doors of the church, which inspired a twitter thread which in turn has become the basis of this post.

What does this rather colourful epitaph mean, and what can it tell us about the early modern world?

We need to go back a bit to work it out. Before the reformation beliefs about purgatory encouraged the burial of the dead in proximity to the living, who were expected to pray for the souls of the departed. 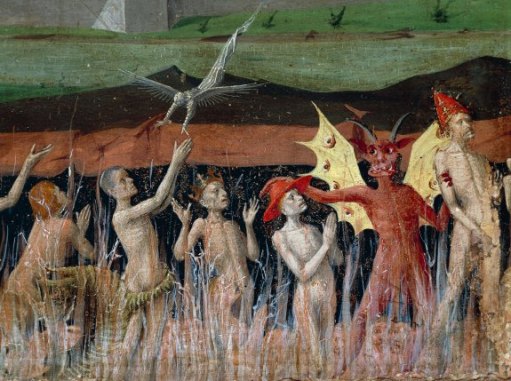 Christians were joined in a community of the living and dead, and death was considered a transitional process between this world and the next – the grave was just a temporary resting place for the body until judgement day.

Traditionally burial on thresholds or across boundaries (e.g. in the porch, in aisles, or near doors) was popular because these were liminal spaces representing the soul crossing the boundary between earth and heaven. Hence we find that Bone Philip is buried in a popular spot, near the chancel door. 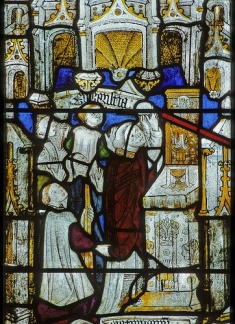 Before the reformation the choice of burial location was also closely linked to the ‘spiritual geography’ of the church. The chancel, where the miracle of transubstantiation happened, was the most holy and sacred space in the building. The spot where the elevation of the host was performed was especially coveted because it was believed the numinous power of the miracle could emanate to the deceased’s soul, if their body lay nearby. Thus when it came to burial in and around the church some places were considered more sacred, and were therefore more desirable than others, and the clergy were able to charge a higher rate to people who wished to be buried there.

Now Bone Philip says he is too poor to be buried within the chancel near the altar, but actually even burial near the chancel door would have been relatively expensive in comparison with an anonymous plot in the grave yard. 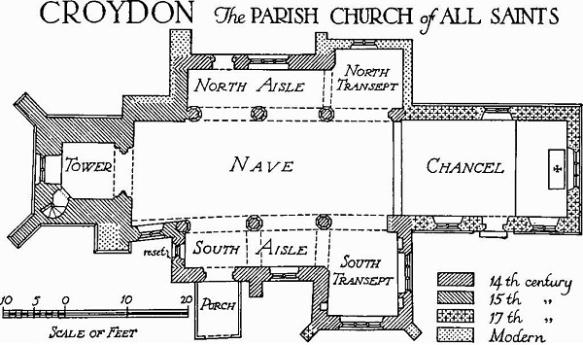 Chancels and the areas near them were dominated by those of the highest social status, clergymen, ladies and lords, and knights. The less prestigious nave, aisles and chapels were populated by middling sorts (merchants, tradesmen, artisans etc.). For those too poor to be buried within the church, there was a preference for burial in ground on the south side of the building (associated with light and resurrection), and graves were often orientated with the head facing west, a practice that would ensure the dead would see the angels at the moment of resurrection.

But what about after the reformation, when so much of the numinous power of the church was rejected as unscriptural? Although protestants believed there could be no spiritual benefit from burial in consecrated ground or proximity to certain places in the church, it was only the most radical protestants who actively opposed it, and traditional patterns of burial persisted.

Yet since protestants believed only Christ could intercede on the part of the soul, graves no longer needed to solicit the prayers of the living. Since no miracle happened during the mass, there was no spiritual necessity to be buried near the altar. That explains why Bone Philip says he lies as warm as those buried in the chancel proper. The location of his, and his fellow parishioners’ bodies, will ultimately make no difference to their spiritual fate. Following the reformation social status therefore came to dominate the geography of burial as the rich used it to assert their importance in life, and the power, continuity and cohesion of a family line, even after the death of one of its members.

So Bone Philip’s eccentric memorial could be read as a reaction against this trend, as assertion of the age old idea that death is a great leveller, and that differences in wealth and worldly accomplishment would dissolve into nothing after life had departed from the body. The idea of death as a great leveller is of course encapsulated in the danse macabre, and images of the three living and three dead. 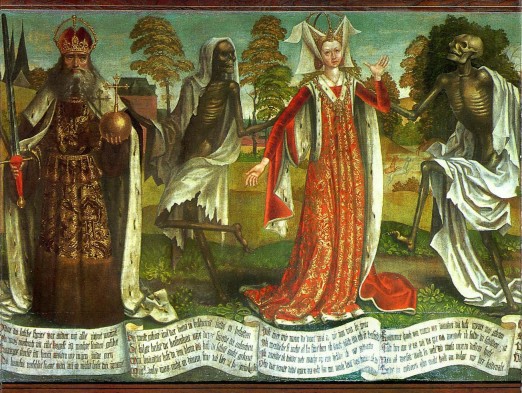 Beyond Bone Philip, other factors also influenced early modern patterns of burial. The desire to be buried close to one’s kin also features very strongly. Wives and husbands often requested burial near one another or near their children in their wills, reflecting the power of emotional bonds formed in life.

The burial register for St Peter’s Upon Cornhill shows husbands, wives and children being buried in the same locations

Sometimes the cause of death might cause a deviation from customary practice, for instance suicides were officially forbidden burial in consecrated ground, and during times of plague mass graves were occasionally used. 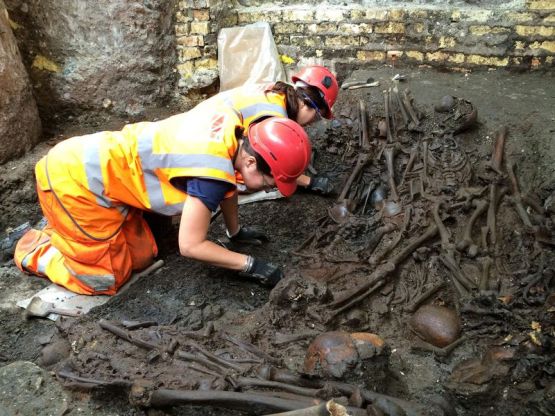 Heretics, the excommunicate, those who had died as a result of a duel and those thought to be witches were also denied access to consecrated ground, but the horror of a non-cemetery burial was such that often these rules were ignored in practice.

So there you have it – Phillip’s little rhyme explained. RIP ‘Bone’.