In this guest post Dr Francis Young examines the relationship between history and nostalgia, particularly how and why nostalgic rhetoric is deployed. Dr Young is a UK-based historian and folklorist specialising in the history of religion and supernatural belief. You can find out more about his work on his website.

The phenomenon of nostalgia – which may be defined, briefly, as a longing for an imagined past supposedly better than an unsatisfactory present – seems to be attested in every age. Clearly, nostalgia is not the same thing as history, since nostalgia celebrates or exploits an imagined past that may never have existed, without studying the evidence. Conservative societies undergoing little change have fewer reasons to be nostalgic, but societies in flux often become sentimental about an imagined former ‘Golden Age’. This was certainly true of early modern England, which was a society obsessed with the past. However, early modern nostalgia was not just an effect produced by a changing society: ironically, early modern nostalgia drove the process of change itself. By longing for the past, people brought in the future. 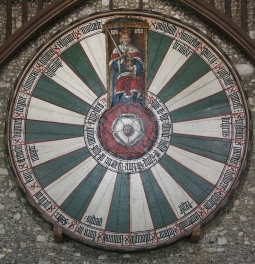 Throughout the Middle Ages, it was commonplace for new monarchs to associate themselves with the ‘good old days’, whether they did this by invoking the laws of St Edward the Confessor, the liberties guaranteed by Magna Carta, or an imagined age of chivalry and the deeds of King Arthur. Perhaps no early modern reign was more infected with this kind of nostalgia than that of Henry VIII, who even had a painted wooden replica of King Arthur’s round table made for him in 1522, which now hangs in Winchester Castle. In a Latin poem to mark Henry’s coronation, Thomas More wrote, ‘When previously order utterly decayed, at once all order was restored in him … what are his virtues had been those of any of his ancestors’. More then went even further and declared Henry’s accession to be the restoration of the Golden Age prophesied by Plato: ‘The golden ages first return to you, prince; o! Plato may thus far be a prophet!’

The idea of a pristine golden age – and the idea that such an age can be restored – is often accompanied by a view of the present as decadent; it has fallen away from the higher standards of the past. Nostalgic rhetoric therefore provides the ideal cover for proposing radical change, and this was precisely the role it performed in Henry VIII’s reign (albeit not in a way that Thomas More would ever have envisaged). The earliest stage of the Henrician Reformation was propelled not by the theological ideas of reformers but by a weaponised nostalgia, as the preamble to the 1533 Act in Restraint of Appeals makes abundantly clear: ‘Where by divers sundry old authentic histories and chronicles, it is manifestly declared and expressed that this realm of England is an Empire…’ The implication of the statute was that the assertion of papal authority over England was a sign of England’s decay from its original condition as an empire free from Roman jurisdiction.

The Statute in Restraint of Appeals was based on the Collectanea satis copiosa (‘Sufficiently copious collections’), a collection of historical ‘evidences’ of the ancient independence of the English church compiled by Thomas Cranmer and others. But Henry VIII , like others before and after him, preferred the comfort of an imagined past to actually delving into history. Nostalgia for a golden age allowed a ruler not only to reverse the policies of their predecessors but also to jump over the remembered past into an imagined past beyond living memory, onto which any present needs could be projected. In history, English monarchs were never Supreme Head of the Church; in the imagined ‘good old days’, however, they could be. Nostalgic rhetoric was a way of thinking about the past that avoided history.

The cultural importance of nostalgia in early modern England produced problems. The Reformation, first under Henry and then under Edward VI and Elizabeth I, involved erasing a large part of the past – quite literally, in the form of iconoclasm of Catholic monuments. Early modern England was a society that venerated the memory of their ancestors, whether medieval kings or the progenitors of the local gentry, and yet was forced to reinvent its collective memory shorn of the ‘superstitions’ of Catholicism. Antiquarianism flourished, nurtured by humanist learning, but antiquaries had to tread carefully over the corpse of the ‘popish’ past. A king obsessed with the piety of his illustrious predecessors dissolved monasteries founded almost a millennium earlier by Anglo-Saxon kings, while the invented tradition of the medievalistic Accession Day Tilts at the court of Elizabeth only reinforced the distance between medieval and early modern England. 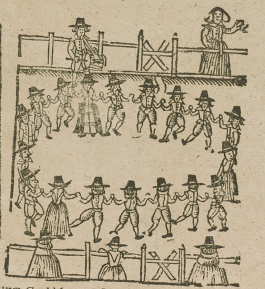 Worse was to come. The upheavals of the Reformation produced a reflexive escape into nostalgia for both elites and ordinary people which is summed up in the phrase ‘Merry England’ – a collective longing for an imagined past of unified, communal seasonal celebration at a time when such practices were slipping away. However, Protestants intent on taking the Reformation to what they saw as its logical conclusion directed their attacks against what they saw as relics of a ‘pagan’ Middle Ages infected with popery. When James I and Charles I issued the Book of Sports with its list of sanctioned festivities for Sundays, it produced a Puritan backlash that contributed significantly to the eventual outbreak of civil war.

The construction of imagined pasts through the rhetoric of nostalgia was a key agent of change in early modern England, since it allowed rulers to bypass the accrued precedents of the recent past and legislate with a supposedly clean slate. For the English Reformation, harking back to an imagined past gave innovation the appearance of restoration. Yet the break with the medieval past also gave rise to anxieties about the decline of those traditions that were allowed to survive, which led to more self-conscious nostalgia. Ultimately, the rulers of early modern England learnt a lesson that has since been followed by many others: the best way to introduce radical change is dressed in the clothes of the past, as the restoration of an imagined yesterday.