I’ve just finished G.W. Bernard’s The Late Medieval English Church, which is an excellent and well informed survey, in case you are wondering. One of the things that made it a particularly enjoyable read were the analogies that peppered the text, which were thought-provoking and on occasions mischievous. For example:

The attitude of medieval townsmen to their local cathedral was, it has been suggested, rather like that of their successors to modern universities: an ambiguous mixture of slight suspicion and considerable incomprehension was alleviated by a natural pleasure that this corporate giant might contribute to their own prestige and economic welfare.

Should pilgrim badges… be seen as sacred objects, almost ‘secondary relics’, for those who acquired them, or more like the souvenirs that day trippers buy today? … Medieval pilgrimage has been compared to modern museums, full of half-comprehending tourists, of young people having a day out, yet with serious and scholarly purposes at their core. Are the experiences of those who go church-crawling, or visit the blockbuster exhibitions in art galleries, or go to concerts at all comparable? Does the ritual of pilgrimage meet a perennial human need?… How many pilgrims took part in pilgrimages in much the same part-materialistic, part-sentimental way that many nowadays treat Christmas? [1] 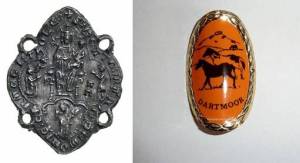 Along with Brodie Waddell’s recent post on jargon and Mark Hailwood’s comparison of early modern alehouse ballad singing with modern football chants, it got me thinking about language, and more specifically about the way that we use analogy in writing and teaching. For historians, the carefully picked parallel is a potent weapon, it provides an inference or argument from one (familiar) particular to another, in the process attaching meaning to the unfamiliar particular. Analogy enables us to grasp the new and to process the different. For the early modernist, this is especially useful, because a parallel can help us to negotiate the strangeness of our subject and to close the gap between the mysterious and murky past and the bright shiny present. This is exceptionally useful when it comes to teaching: when I challenge my students to try to understand the early modern mentality I often begin by inviting them to self-reflect on their own experience, before exploring the early modern equivalent. So you might ask students to list what they think are the main elements of ‘identity’ in the present day, before discussing how early modern people thought about the same, the comparison drawing attention to those areas of similarity and difference which then invite explanation.

Similarity as well as difference is of course key here. Historical analogies are neat, effective and pleasing, but also fraught with peril because it is unlikely that the two particulars in the analogy are exactly the same. Bernard acknowledges as much:

Another scholar has offered the metaphor of ‘faultlines in the landscape’ but, while that is suggestive, it nonetheless rests upon the underlying inevitability of the coming earthquake.[2] 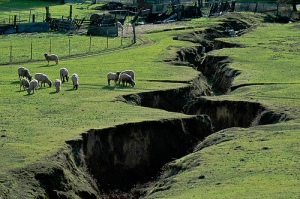 Just imagine the Late Medieval Church criss-crossed with lots of these.

In similar vein, Versailles might have ‘sowed the seeds of the second world war’, but this suggests a dangerous teleology that might distort our understanding of the interwar years. Thus a facile or lazy comparison can obscure rather than illuminate. Politicians and journalists in particular play a dangerous game  when they use analogy in association with events that are still unfolding, or to justify actions or simplify complexity. Recently, the labeling of the wave of demonstrations and regime changes in North Africa and the Middle East as the ‘Arab Spring’ (an allusion to the Revolutions of 1848 and the Prague Spring) has fitted rather awkwardly with subsequent developments that bear no relation to the promise of rebirth, liberation and growth usually associated with the pre-summer season and the historical precedents. One commentator notes that:

It appears that the right analogy is a different central European event — the Thirty Years’ War in the 17th century — an awful mix of religious and political conflict, which eventually produced a new state order.

Analogies surely work best only when the dissimilarities of the two things are considered alongside the parallels – the analogy can in fact help you to identify both. Ruling out unsuitable analogies is also a useful strategy, as Peter Marshall does when describing the processes of the English Reformation:

The modern analogy is less with the overthrow of ancien regimes in 1789 and 1917 than with the ‘cultural revolution’ of 1960s China, in which central government worked in alliance with cadres of true believers to undermine reliable elements in positions of authority, and radically reconstruct the outlook of people as a whole.[3] 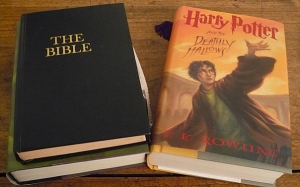 It is always a delight when students come up with their own analogies, because it reveals their learning: their coming to terms with information and expressing their own understanding of it. When discussing oral culture, and the astonishing feats of memorisation that early moderns were capable of, one student declared that it wasn’t that surprising that people knew the Bible off-by-heart, as she felt sure that if someone named a chapter from any Harry Potter novel she would be able to recall the important events from memory. Other memorable comparisons were Henry VIII’s visitation officers as ‘Ofsted Inspectors’, Elizabeth I’s beauty ‘trending’ at court, and Charles I’s relationship with the Duke of Buckingham as a classic ‘bromance’. These are not simply throwaway comments, they reveal students grasping and reframing the past in a way that resonates with their own existing knowledge.

**I followed this up with another post with examples of different types of analogies, incorporating those suggested to me by readers.**

12 thoughts on “The Past is a Foreign Country: History and Analogy, Part I”