Links to other posts in the ‘On Periodisation’ series:

In some ways, ‘The Reformation’ (I’ll explain the excessive punctuation in a bit) may seem like an odd contribution to a blog mini-series on periodisation.  After all, surely ‘The Reformation’ was a thing, an event, something that happened, rather than a neutral description of a period of time (although, as we are coming to discover, there is rarely anything neutral about how anybody, let alone a historian, parcels up the past).  As Laura mentioned in her introductory post, use of ‘The Reformation’ to describe a period of time tends to have most currency in North America, where ‘Ren-Ref’ is a convenient shorthand for the periods of the renaissance and reformation, c.1400-c.1600, or c.1350-c.1650, or c.1300-c.1700; well you get the idea…  I am a product of the UK Higher Education system, however, having never studied or worked in the US or Canada, and so I’m going to leave ‘Ren-Ref’ to one side for now.  Instead, there are two related questions I want to address in this post.  Firstly, how useful is religion in helping us to define the early modern period?  And secondly, how should we define the chronology of ‘The Reformation’ itself?

To what extent can we define early modernity with reference to developments in the religious sphere?  For the sake of argument, and because one post can’t do everything, I’m going to work within the eurocentrism of the term early modern, and accept for now its customary definition as c.1500-c.1700.  In some ways, there is a fairly good case for arguing that the early modern period saw within it some fairly distinctive developments in matters of religion, and that therefore these developments do help give a sense of coherence (or at least, of coherent incoherence) to the period as a whole.  To start with the most obvious, we might characterise the early modern period as one which witnessed at its outset the collapse of 1500 years of broad religious unity: provocatively, one recent overview of early modern history has taken as its title Christendom Destroyed.[1]  The Protestant Reformation, and the growth in number of religious sects and denominations that broke away from the previously hegemonic monolith of the (Roman) Catholic Church, and subsequently from one another, could plausibly be seen as the defining characteristic of the early modern age.

Historians have been keen to identify other processes at work in the early modern period, most of which are judged to have stemmed (in one way or another) from that same great fracturing of the medieval Church.  One model favoured by historians of the continental reformation is the so-called ‘confessionalisation thesis’ pioneered by Heinz Schilling, by which is meant the increasingly tight definition and regulation of national religious communities by Church and state, working in tandem with one another, and which owes its name to the ‘confessions’ of faith published by a number of different religious groups during the period.[2]  Of a similar ilk is the ‘Christianisation thesis’ posited by Jean Delumeau, which sees the decades and centuries following the reformation as the decisive period within which the semi-pagan subjects of the middle-ages were transformed into educated Christian citizens.[3]  These religion-centred theses have much in common with Robert Muchembled’s borrowing of the anthropological concept of acculturation to explain the early modern movement by elites to reform popular culture, religion and values in accordance with new religious and moral ideals.[4] 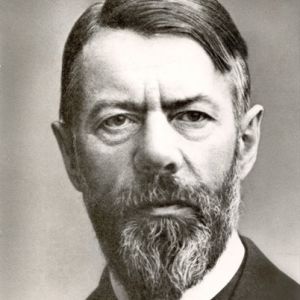 Max Weber?  How disenchanting to meet you…

Perhaps one of the most dominant early modern religious metanarratives has been the sociologist Max Weber’s account of the ‘Disenchantment of the World’, presented as one of the consequences of the rise of The Protestant Ethic and the Spirit of Capitalism.[5]  For Weber, ‘The Reformation’, and in particular Protestantism, and in particular Calvinism, and in particular English and American Puritanism, brought about as an unintended consequence the displacement of beliefs in the magical and the supernatural by a new rationalist and empiricist philosophical approach.  The disenchantment of the early modern world was seen by later scholars as an important precondition for the full blown secularisation of the modern, although both these theses have since been heavily criticised by historians of both periods.  Another dominant theme has been to see the early modern period as being bracketed at its beginning by the growth of religious violence, stemming from the acrimonious divisions of the reformation, and at its end by the development of philosophical theories of religious toleration, in part born of the idea that humanity can only bear so many centuries of senseless bloodshed before it seeks to bring it to an end by any possible means.[6]  Again, the neatness of the narrative belies the complexity of the history, for many instances of toleration, principled and pragmatic, can be pointed to in early modern Europe before the publication of the lofty treatises of John Locke and Pierre Bayle, and the eventual legislative implementation of toleration.[7] 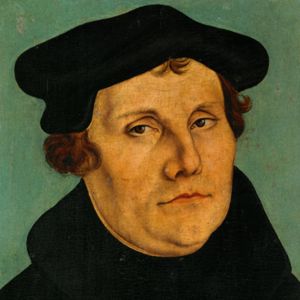 Luther – the man who started it all?

The difficulty of defining early modernity in relation to religious developments is not ameliorated by the fact that there is no real scholarly consensus on how to define ‘The Reformation’ itself.  Should we talk about ‘the’ Reformation, Reformation, reformation, or reformations?  The presence or absence of capital letters, definite articles, and the pluralising ‘s’, all say something slightly different about how we envisage this momentous period of history.  In other words, was it an event, or a series of events, or a process, or perhaps a number of parallel processes?  Let’s start with an easy one: when did the reformation begin?  Surely in 1517, when Martin Luther made public his 95 Theses; or maybe it was during his infamous (and probably apocryphal) ‘tower experience’; or was it ushered in by Erasmus’ publication in 1516 of the Novum Instrumentum?  These are all conveniently close to the conventional early modern ‘start date’ of 1500, but if we believe (as is increasingly the case) that the concerns of the first generation of reformers were those of a large constituency of late-medieval Catholics, should we look back to 1480, 1450, or even 1400?  Perhaps the seeds of the reformation were sown by the Papal Great Schism of 1378-1417, or the resulting Conciliarist movement, or the contemporaneous heretical movements which coalesced around the radical ideas of Jan Huss in Bohemia and John Wycliffe in England; or do we need to look back to the writings of the Church Father Augustine, or even the Apostle Paul, for the origins of the doctrine of Justification by Faith Alone?

If the start of the reformation is hard to pin-point, then the end is an even more elusive target.  In the Holy Roman Empire, the Religious Peace of Augsburg (1555) is maybe as good an end date as any, and in England the Elizabethan Settlement of 1559 is a reasonable choice; in France, the Edict of Nantes (1598) marked an important symbolic cessation to forty years of religious violence.  But few historians would defend the proposition that those dates marked an end to the process of reformation as it impacted upon the populations of those political entities.  In the English case, for example, it is increasingly common to read the conflicts of the sixteenth century into the genesis of the Civil Wars of the seventeenth.  When did the English Reformation end then?  Certainly not in 1649 with the execution of a king, but perhaps in 1660 when the monarchy was restored, or in 1688 when a far less bloody revolution once again dethroned an English Catholic king, this time in favour of a Protestant foreigner.  In continental Europe, the Thirty Years War (1618-1648) was in large part a religious conflict, brought to an end by the Peace of Westphalia.  But in 1685 in France Louis XIV revoked the Edict of Nantes, triggering a new wave of religious refugees who fled for sanctuary elsewhere in Europe.

In the final analysis, the dates and details of the political and military history of the period are of very limited use in telling reformation historians what they really want to know: when and how did people change their beliefs about death and dying, sin and salvation, piety and community?  How and in what ways did the doctrines of predestination and providence enter into popular religious cultures?  How long did it take for beliefs in ghosts and purgatory to die out in otherwise ‘Protestant’ countries, whose official theology dismissed such notions as ‘superstitious’?  These religious and cultural changes were not brought about by military victories or acts of parliament, although such occurrences often served to shape the practical context in which those cultural developments took place.

The metaphor is rather over-used, but only because it is a good one; when a stone is thrown into a pool, it’s not all over after one big splash: the ripples continue to move along the surface of the water over some considerable distance and for some considerable time.  In the same way, the religious and cultural disturbances caused by the reformation continued to work themselves out for decades, probably centuries, after the initial impact.  So while some older accounts of the reformation finish not long after they begin, more recent treatments continue to trace its effects throughout the sixteenth and seventeenth centuries, into the eighteenth, and perhaps even as far as the nineteenth and twentieth.

In some ways, religion does help give coherence, or at least (I’m growing to like this phrase) a sense of coherent incoherence to the early modern period, c.1500-1700.  A single monolithic Church at the beginning of the period managed to contain a diverse collection of Christianities; by the end, the rump of that international institution jostled with a series of national Churches and trans- and sub-national religious sects in a much more complex and fragmented religious landscape.  But attempts to impose ordering metanarratives onto that shift (confessionalisation, Christianisation, acculturation, disenchantment, toleration) ultimately fail to do justice to the messy reality of the historical experience.  And with regards the reformation itself, we are only now starting to realise just how much longer the battle for hearts and minds continued after the cessation of military and political hostilities.  One telling indication of this is that in much scholarship on the topic, the terms ‘reformation’ and ‘post-reformation’ are now used almost interchangeably.  The historical consensus is increasingly that the religious divisions that became so visibly manifest in the early part of the sixteenth century constituted the beginning of a very ‘long reformation’, but just how long is still anybody’s guess!

8 thoughts on “On periodisation: religion, early modernity, and ‘The Reformation’”