This concluding post to our After Iconophobia Online Symposium comes from Jonathan Willis, monster-head and Senior Lecturer in Early Modern History in the Department of History at the University of Birmingham.  Jonathan is a reformation historian who has worked on the musical and material cultures of the English parish church, in his Church Music and Protestantism in Post-Reformation England and in his forthcoming book The Reformation of the Decalogue.  Here he reflects on Collinson’s article, its influence, its relevance, and some of the challenges it still presents.

Collinson’s original lecture, which posited a shift in Protestant attitudes to religious imagery, music and drama around the year c.1580 from creative engagement (his idiosyncratic definition of ‘iconoclasm’) to ideological disengagement (‘iconophobia’) presents three challenges to historians.  Well, it probably presents more than three, but there are three in particular that I want to focus on here…

The first challenge, and the one which has been taken up and answered with the most gusto, in the contributions to this symposium as well as in the scholarship more broadly, has been to disprove the notion of a shift to ‘iconophobia’ through the identification and presentation of concrete counter-examples.  Religious imagery, religious music and religious drama did not cease to exist c.1580.  It is worth pointing out at this juncture that Collinson’s article (perhaps unsurprisingly) stands up much better today upon re-reading than I had anticipated.  Much of what people have challenged him on, he doesn’t actually claim.  He doesn’t speak about religious music in general, for example; just godly ballads.  He doesn’t speak about pictorial art in general, and explicitly rules out domestic decoration from consideration.  His claims and evidence are much more limited than they are often taken to be, and therefore in a narrow sense they remain more or less correct.

However, that means that there is still room, if not to challenge Collinson directly, then at least to add nuance and finesse to his broader argument by multiplying the number of test cases for the shift he claimed to identify.  As Richard Dhillon, Tara Hamling, Malcolm Jones, Andrew Morrall, Susan Orlik, Adrian Streete, Jan Tasker and others have shown in their contributions to this symposium and elsewhere, not all drama, music, imagery and material culture follows the narrow pattern of ‘from iconoclasm to iconophobia’.  It therefore follows on the basis of the consideration of these types of evidence that English Protestantism never moved beyond the sceptical but imaginative engagement with visual, musical and dramatic media which Collinson rather provocatively described as ‘iconoclastic’.

The second challenge, and the one I want to dwell on for a moment here, is to leave the artistic evidence to one side and to consider instead the theological underpinnings of Protestant attitudes to visual, musical and dramatic media.  Was there a significant shift in thinking around the year 1580, and the emergence of what we might call a ‘theology of iconophobia’? In a word, no.  In exploring this question, ‘iconoclasm’ is not actually the most helpful concept.  It is only the practical consequence of another more important concept, idolatry, which is its creator and shaper.

Idolatry was essentially defined negatively by the second of the Ten Commandments:

Thou shalt not make unto thee any graven image, or any likeness of any thing that is in heaven above, or that is in the earth beneath, or that is in the water under the earth.  Thou shalt not bow down thyself to them, nor serve them: for I the LORD thy God am a jealous God, visiting the iniquity of the fathers upon the children unto the third and fourth generations of them that hate me; And shewing mercy unto thousands of them that love me, and keep my commandments.

Like all the commandments, the second included both a prescription and a proscription.  John Dod, author of one of the most popular expositions of the Ten Commandments of the early seventeenth century, explained that ‘in this second Commandement, all false meanes of Gods worship are condemned, and the true meanes required’.  In other words, the commandment directed men to worship God ‘not after the inventions of flesh & bloud, but according to the directions of his holy Word.’  The unusual length of the commandment was because God was fully aware how likely men were to break it: ‘our nature is wonderfull prone to idolatry, and wee are very apt and readie to worship God falsely and superstitiously’.

The only images specifically outlawed by the commandment were images of the persons of the trinity: even representing Christ was impossible, because any representation could only include his humanity, and not truly depict his divinity.  The rest of the commandment referred not to images, but to human behaviour: to the misappropriation of worship, all of which was due unto God, to works of human fancy or imagination.

Dod is fairly representative of the attitude to idolatry of what Collinson called the ‘second phase’ of the English reformation.  What of the first phase?  Some fifty years before Dod, John Hooper, the Edwardian bishop of Gloucester and future martyr published his own Declaration of the Ten holy Commandments of Almighty God.  At first glance, Hooper’s discussion of the Second Commandment is much more limited than Dod’s, relating exclusively to the making and honouring of images of God.  Looking across his exposition more broadly, however, we see many of the same arguments made by Dod appearing under other commandements, and in particular the first, the second part of which ‘forbiddeth all false Gods’.  Hooper explained that the injunction

“thou shalt have no strange gods before my face” removeth all false religion and superstition, wherewithal the glory and majesty of God might happen to be diminished or darkened in the soul of man … this honour we owe only to God, faith, love, fear, and prayer.  Now to attribute any of these to any creature is idolatry, and to have false gods before his face.

It was the First Commandment, for Hooper, that forbade prayer to saints, faith in astronomy, conjuring, sorcery, and ‘every thing that we do for the honour of God, not commanded by his word’.

In terms of the commandments, then, two things are clear.  The first is that the importance of their reformation renumbering to give increased prominence to the prohibition against the making of graven images has been overstated, as all the commandments of the first table prohibited idolatry in one form or another.  And the second is that while the pronouncements later in the century may have been more detailed, the same essential conception of what constituted idolatry was present at the beginning of the reformation as during what Collinson called its ‘middle age’.  In other words, there doesn’t appear to be anything in the theological writings of the time to support the notion of a shift to iconophobia, or a change in religious attitudes. 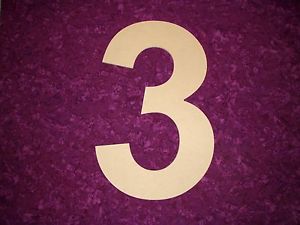 Thirdly and finally, then, a challenge remains.  If we have good grounds to reject the shift from ‘iconoclasm’ to ‘iconophobia’, both in terms of surviving artistic evidence from Collinson’s period of ‘maturity’ and also continuity of Reformed thinking about what constituted idolatry, then what should we replace it with?  Insofar as it remained implacably opposed to idolatrous worship, English Protestantism remained resolutely iconoclastic (in both the traditional and the Collinsonian senses), or perhaps more accurately ‘iconomachical’ (opposed to the worship of icons).  However, it is also possible to detect a hardening of attitudes towards certain forms of representation, in certain media, and in certain contexts, around the middle of Elizabeth’s reign, especially amongst the godly, as Collinson described.  Why?  Perhaps we need to start thinking less about hard theological absolutes, and more about contingent factors such as necessity, function, and use.  An instructive comparison can perhaps be made with godly attitudes towards adiaphora (things indifferent) in worship.  Godly attitudes regarding adiaphora required ceremonies to be positively edifying, not merely ‘not repugnant’ to the word of God.  In the shift of the reformation from a propaganda campaign to a campaign of education, did certain media, certain tropes, fulfil and by doing so forfeit their edifying function?  While much of the Elizabethan church was fossilised in the settlement of 1559, English Protestantisms and their notions of what was ‘acceptable’, ‘edifying’ or ‘appropriate’ continued to evolve, often in contrary directions.  The opportunity still exists for somebody to provide us with a model of exactly how…