Last week I asked historians on twitter what three books they would recommend for prospective students to read over the summer – those students starting a history degree in September. I got a lot of responses (thanks very much, brilliant #twitterstorians), and you can read the full list at the end of this post. Before you do, here are a few thoughts that struck me about summer reading for history students.

Question: exactly what is the best way to prepare for studying history at university? People evidently had widely differing opinions on this. Or rather, the books that they recommended seemed to suggest differing opinions. It all did seem to add up to some key themes though, which I have summarised as: 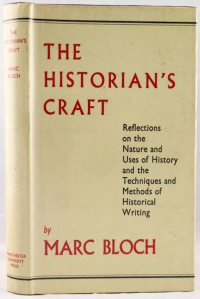 1) Students need to get to know the discipline, since what they did at school is not representative of it. So they should read ‘what is history’ books which explain why and how academics study the past. These might mainly cover historiography, or might be focused on issues that are fundamental to the discipline, i.e. what footnotes are, or why there is fiction in the archives. (See list section ‘The Historian’s Craft’).

2) Students need to think about the skills and techniques needed by historians. Therefore they should read ‘what is history’ books, but preferably ones with practical, hands on advice about how to read, analyse, write essays and research etc.

3) Students need to learn that history is not just about kings, Henry VIII’s wives, and politicians. They should be introduced to the study of new topics, as well as to the idea that past societies were strange, rich, complicated organisms. They should therefore read cultural histories and ‘thick description’. (See list section ‘The most popular’). 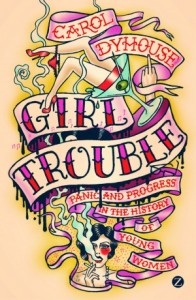 4) Students should be inspired by their reading. It should open their eyes and broaden their horizons. Therefore they should read good history books, which might be tightly focused, or broadly conceived. They might be classics, or cutting edge. They might be ‘popular history’ or even historical fiction. (See list section ‘The most popular’, ‘Books, essay collections, essays’ and ‘Fiction/poetry).

5) However, students don’t necessarily need to know what happened. Only two people recommended a ‘survey’ textbook which would explain the key events and themes of a particular period.

6) Before they get to university students are capable of reading long, dense and complicated texts, and will get a lot out of this without any guidance or assistance. (See lots of entries in ‘The most popular’ and ‘Books and essay collections’).

7) We should only recommend things that students will have relatively easy access to, and which are not too expensive, or can be borrowed from a library. This rules out a lot of primary source material and virtually all journal articles.

Trying to pinpoint items that match these principles is of course rather challenging. There was also disagreement about many of these points. Some wondered about the suitability of asking students to read, say, Darnton’s The Great Cat Massacre, given that its methodology is no longer considered to be sound. Similarly, many now find Carr’s discussion of ‘what history is’ rather dated, with some even venturing that it just seems ‘silly’ given how far our thinking has moved on.

Interestingly, a few current students also offered suggestions which tended to contradict the favourites that emerged from scholars. One noted that they found Bloch’s The Historian’s Craft (perhaps the most popular suggestion) rather impenetrable, and another that they rather valued Carr for challenging a lot of their existing expectations. Others thought that students should relax and make the most of their summer, perhaps accompanied by some historical fiction, but attempt nothing more taxing than that. Another said that historiography should be avoided, since it was confusing without any broader contextualisation.

All of which left me no clearer about which books we should recommend to our prospective students. Personally I think it would benefit students to have a broad sense of ‘what happened when’ before they arrive in the lecture theatre, as well as an expectation that there is an awful lot more to the discipline of history than they have ever dreamt of. However, I worry about putting students off by giving them difficult texts before they are ready for them, and before they have access to seminars and tutors who can steer them through. I’ve therefore plumped for things that are readable but hopefully eye-opening. Here’s my stab at a list – students should start at the top, and work their way down, as time permits.

My ‘what is history’ entry – gets students thinking and reflecting on the discipline, but is not too daunting.

Is not all about kings and queens, explicitly introduces and reflects on the process of research in a language that is accessible.

A bit dated, but provides a bit of ‘what happened’ as it is a broad overview of key phases in English history, yet told through the lens of landscape rather than from the top down.

4) Two essays: Chinua Achebe, ‘An Image of Africa: Racism in Conrad’s Heart of Darkness’ Binyavanga Wainaina, ‘How to write about Africa’ – both freely available online

A hat tip to my colleague Rhian Keyse for these – ‘amusing, accessible and very short’ essays on representations of non-European history.

A very popular recommendation from historians of all periods, this classic raises disciplinary questions whilst also being a great story.

– Good, readable blogs (the many-headed monster; The Social Historian; Conviction all come to mind).
– A newspaper. Twice a week if possible, but not the same one each time (hat tip to Charlotte Riley).

I’ve organised the list into crude sections, but otherwise everything is just listed in the order that people suggested things, there is no underlying logic

The content is no doubt greatly determined by the interests of my followers of twitter – that is why early modern studies are so prominent.

I checked the books against amazon to get a sense of their availability and price, these are of course just rough guides.

This is just a quick summary, so apologies for mistakes.

Question: what would you recommend as summer reading for students starting a history degree in September?

The most popular (BY FAR – most other items mentioned just once, unless ***starred)

Ann Curthoys and Ann McGrath, How to Write History that People Want to Read (2011) £15

*E.H. Carr, What is history? (1961) [controversial choice – some explicitly said NOT this]

Jacob Burckhardt, The Civilisation of the Renaissance in Italy (1860) £8

Ngugi wa Thiong’o, Decolonising the mind: the Politics of Language in African Literature (2011) £15

Barbara Taylor, Eve and the New Jerusalem: Socialism and Feminism in the 19th Century (1983) £11

Steven Bednarski, A Poisoned Past: The Life and Times of Margarita De Portu, a 14th-century Poisoner (2014) £17

Inga Clendinnen, Dancing with Strangers: The True History of the Meeting of the British First Fleet and the Aboriginal Australians 1788 (2006) £15

John Maynard Keynes, The Economic Consequences of the Peace (1919) £7

Justin Marozzi, The Man who invented History: Travels with Herodotus (2009) £11

Carl Watkins, The Undiscovered Country: Journeys Among the Dead (2015) £11

Edward T Linethal and Tom Engelhardt, History Wars: The Enola Gay and Other Battles for the American Past (1996) £16

Connie Willis, Doomsday Book; To Say Nothing of the Dog; Blackout/All Clear

Umberto Eco, In the Name of the Rose

Laurence Sterne, The Life and Opinions of Tristram Shandy, Gentleman

Mikhail Bulgakov, The Master and Margarita

Perhaps not as freely available

Howard Zinn, A Popular History of the US

Lizabeth Cohen, Encountering Mass Culture at the Grassroots; Embellishing a Life of Labor

Podcasts: In Our Time; History Extra

Primary sources: modernised edition of Gawain, or a translation of a chronicle by someone like Matthew Paris or Froissart. Ballads. Woodcuts.

13 thoughts on “What should prospective history students read over the summer?”