Long before writing became a skill that every child was expected to learn, all sorts of people still scribbled away.

Some men and women did so for mostly practical reasons – keeping track of their finances, corresponding with distant family and friends, or preserving successful recipes for future use. Many others wrote in order to monitor the state of their soul or to record godly wisdom preached at the pulpit. A few tried to create texts that told the story of their life in more self-consciously ‘literary’ ways, sometimes even aiming for eventual publication. 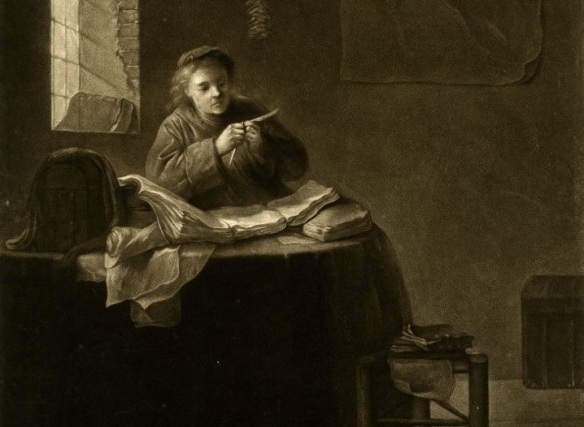 Scholars have long used such ‘personal’ sources to study the early modern period, often mining them for information about topics that are more rarely documented in ‘official’ archives. More recently, a growing number of researchers have turned to analysing such sources as texts in their own right, seeking to understand how and why these writers wrote. The study of ‘life-writing’ and manuscript culture is now a well-established academic field, with excellent studies of the process of writing diaries, letters, financial accounts, sermon notes, commonplace books, and so on. As you’ll see from even the very abbreviated bibliography below, there is no lack of interest in early modern writing practices.

Thanks to the efforts of several tireless groups of scholars and students, there are also some great online resources cataloguing and illuminating such sources, such as the Perdita Project, Early Modern Letters Online, and – for a more recent period – Writing Lives. These often build on the more traditional lists and catalogues created by William Matthews, Heather Creaton and others. Laura Gowing has now started a crowdsourced handlist of early modern first-person writing in print. As a result, we now know about hundreds of writers who would otherwise be forgotten.

However, I think there is more that can be done. In a new article on ‘Writing History from Below’ in early modern England, I tried to use material from some writers who have received little or no scholarly attention yet, focusing in particular on those who lacked substantial wealth or education. Why did they decide to write chronicles and gather archives? What did they select to preserve for posterity? How did they tell the story of their lives and their communities?

While writing the article, I realized that what I really wanted to do was to spread the word about these understudied texts and the extraordinary people who created them. Specifically, I wanted to give a taste of what these texts actually looked like, rather than simply grabbing a few juicy quotations from each.

So, this series will do just that. Each post will introduce a new writer through a full transcription and – where possible – an image of a page of their writing. I’ve got things started with a brief look at my current obsession, an Essex tradesman named Joseph Bufton, but posts from my co-bloggers and guest bloggers will follow later.