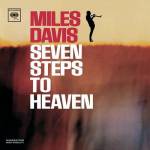 I’m very grateful to all of you who’ve already offered your thoughts on how we can improve the history profession. I agree with most of the comments on my previous posts on academic employment and practical responses – in fact some of the suggestions below are borrowed from those comments. However, I promised that I would offer my own tuppence so here I’ll try to set out some steps that we can take individually or collectively. Most of these are quite minor, but hopefully they are a good start. They aren’t in order of priority, but the first four are generally about gathering and publishing information and the rest are about more direct action.

1) Publicising ‘official’ information about the academic job market for potential doctoral students. As has been said several times already, all potential PhD supervisors need to have a frank conversation with anyone who applies to study with them. I’ve tried to have this conversion myself, but didn’t feel like I had enough solid information to provide an accurate picture, which is partly why I researched and wrote these posts. However, these posts are not especially rigorous or official. What I really want is that the RHS or IHR to put together a webpage that sets out the situation clearly, to which we could direct applicants. This would have two uses. First, it would inform potential supervisors, some of whom are not aware of the current job market, especially those who are furthest from the market themselves. Second, it would inform potential applicants, who could then make a more informed decision about how to proceed.

2) Annually collecting and publicising ‘official’ data on the state of history in universities. This is of course related to the previous point, but goes beyond and serves other purposes. The IHR already has a ‘Facts & Figures’ page which was invaluable for my own posts, but most of it is almost 10 years out of date and it is not especially clear or easy to use. Instead, I would recommend producing an annual report (which could be disseminated via RHS and IHR newsletters, blogs, etc.), which would track (at least) the following figures:

Gathering this data for previous years would be time-consuming (though I’ve already done this for some of the categories), but I don’t think it would be difficult at all to do this on an annual basis. In fact, I would guess that it would only take a couple hours per year. This data would be valuable for several reasons. It would, for example, provide the numbers needed to keep the job market information described above up-to-date. However, it would also be an important resource for those making decisions about funding, hiring, admissions, etc. It would be invaluable for those of us who want to understand the history of historical education, whether as interested amateurs (such as myself) or professionals (such as Peter Mandler and William Whyte). It is strange that we – as historians specifically and scholars generally – are so under-informed about our own profession.

3) Investigating and publishing data on casualisation. This is again related to the above, but more specific. As I discovered when writing these posts, we have essentially no data on the current or previous ‘quality’ of employment in history (or even in broader categories such as ‘humanities’). Even the HESA numbers for academic employment as a whole are not especially enlightening. If we hope to make academia more equitable (and, I believe, stronger), we need to know the scale of ‘casualisation’. This means we need to find out the numbers and proportions of historians employed on full/part-time and short/long/permanent contracts. To my mind, there are two main sources for this information: job listings and university departments.

4) Publicise information about alternatives to academia. The unbalance between PhDs and academic jobs in history means that many (if not most) new PhDs will not end up as permanent lecturers. This is not necessarily a problem, but it is definitely something that needs to be addressed more directly and earlier in doctoral studies. The RHS currently has a ‘Careers’ page for ECRs that includes a few paragraphs on ‘Do you really want to be an academic?’. This is helpful, but unless I’m mistaken this is the sum total of ‘official’ advice (from the RHS, IHR, etc.) on alternatives to academic employment. There are also many snippets of ‘unofficial’ advice elsewhere, but there needs to be much more information centrally available. Perhaps the RHS could join with the AHA which is developing a major new resource for alt-ac routes (‘Career Diversity for Historians’) to provide a British equivalent.

5) Provide training, support and experience in alternatives to academia. PhD students and ECRs need more than information: they also need opportunities to actually learn the skills and make the connections that would make a career outside of academia more obtainable. Some of this would be courses and workshops but – thinking more ambitiously – it could also involve placements in non-academic workplaces and other direct experience. This is something that is presumably beyond the limits of the RHS, but the IHR already has some potentially useful courses and I know that some departments have at least a few optional events designed to, for example, introduce doctoral students to ‘public history’. There needs to be more of these and they need to be more widespread (rather than concentrated in London). Departments, universities, institutes and perhaps the AHRC doctoral training partnerships need to make this more of a priority.

6) Pressure departments to hire responsibly. The RHS and History Lab Plus have taken an excellent first step towards this with their ‘Code of Good Practice’ for employing temporary teaching staff. The good practices they suggest are virtually costless and ought to be implemented immediately. However, it not enough to just be nice: we actually need to make temporary work less materially exploitative. As John Arnold said in one of the comments, this means hiring on (at least) year-long full-time lectureships instead of nine-month teaching fellowships. Although there are always going to be a few last-minute fractional posts needed due to the nature of departmental needs, it is absolutely essential that we do not allow this to become a standard practice or before long we will be faced with the sort of situation now found in the United States where most university teaching is done by adjuncts who are insecure and underpaid. As individual academics (and administrators) we need to speak up when these hiring decisions come up. And, perhaps even more importantly, we need to act collectively to push back against such exploitative employment.

7) Organise. We are stronger when we act collectively, so find a group or organisation you can believe in and join up. The UCU has all sorts of problems, but it remains a potentially powerful force pushing for a more equitable academic community through, for example, their campaign against casualisation. Likewise, groups like FACE (Fighting Against Casualisation in Education), the IHR’s History Lab for PhDs and History Lab Plus for ECRs, and even the august Royal Historical Society are all valuable as support networks and could be important for lobbying for practical changes.

Nearly all of the suggestions above relate directly or indirectly to work, but I believe that they are about more than merely improving the employment prospects and working conditions of a few hundred aspiring historians. As previous commenters have noted, the history profession also must address problems such as paywalls preventing open access to scholarly research, the gender imbalance at the top ranks, the lack of racial diversity among both students and staff, the challenges faced by disabled scholars, and the rising cost of higher education at all levels. None of my suggestions will solve these problems, yet I hope that a wider push towards better data-gathering, transparency, training and collective organisation could help advance progress on these other fronts as well.

The current system is not only damaging to doctoral researchers and early career historians, it can also lead to dysfunctional departments, jaded students and a credulous public. Everyone will benefit if we can push the historical profession to become more transparent, more equitable, more diverse and more inclusive.

30 thoughts on “What is to be done? Seven practical steps for historians”