This week (18-24 May 2020) is ‘Mental Health Awareness Week’ in the UK – May is also US ‘Mental Health Month’, and ‘World Mental Health Day’, in case you were wondering, is a separately-coordinated enterprise, and will be on Saturday 10 October.  The fact that we have events such as these in the twenty-first century tells you two things.  Explicitly it is evidence that, in general, our society pushes itself to recognise the importance of mental health, the prevalence of mental illness, and that signposting the various specialist treatments and

resources that are available for people struggling with any number of specific conditions is an urgent priority.  The implicit message, though, is that mental health and mental illness have long been neglected in our broader political, social and medical public discourse.  While there are valuable and life-saving public health campaigns around specific physical conditions such as various forms of cancer, strokes, heart disease, etc., there is palpably no need for a special day or week or month to remind people that physical illness is, in fact, a ‘thing’.

My motivation for writing this post comes from two sources – firstly, from the project I am working on on the relationship between mental health and the English reformation, and secondly from my own experience of suffering from and receiving treatment for anxiety over the past few years.  By accident rather than design(!), it just so happened during the autumn of 2019 that I read a lot of brilliant work about early modern mental health, mental illness, and the history of the early modern emotions, at the same time as I was working on my own mental health during a course of therapy.  In this context I could not help but reflect upon the

concordances and divergences between how we and our early modern forebears understood the workings of the human mind.  In this post I want to offer some broad reflections on the similarities and differences between early modern and twenty-first century conceptions of mental illness, based largely on secondary literature.  In subsequent posts (for I see this post by way of introduction) I plan to delve more deeply into the specific relationship between religious beliefs and mental illness, using evidence drawn from early modern letters.

In the first half of the twentieth century, those few scholars who asked questions about the history of medical psychology tended to ascribe to the medieval and early modern periods a common belief in demonological theories of mental illness – in other words, they suggested that people attributed mental illness to supernatural forces, such as 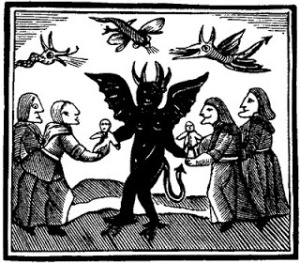 demonic possession, and accordingly most sufferers were viewed with a mixture of fear and distrust.  From the 1970s, however, scholars in the medical humanities began to revise the prevailing interpretation.  Firstly, the prevalence of a demonological view was rejected, in favour of a recognition that most people at the time understood mental disturbance in terms of a Galenic, humoral conception of the workings of the human body (more on which below).  And secondly, research into the legal systems and procedures for dealing with the wardship and property of individuals deemed (in contemporary terms) to be natural fools (later labelled idiots), or persons non compos mentis (later termed lunatics), revealed that people suffering from severe mental illness, either from birth or onset during their life, were dealt with (by and large, although by no means exclusively) sympathetically and humanely, according to the moral and medical understandings of the time.[1]

One of the starting points for exploring the early modern approach to ‘mental illness’ therefore is to appreciate that this was not a category which people at the time would have necessarily understood.  Cartesian dualism has become embedded in our post-Enlightenment understanding of the essential separateness of mind and body.  While philosophical meditations on the relationship between the mind and body go back to Plato, and probably beyond, the prevailing early modern (Galenic) understanding of the ‘humoral body’ ascribed physical causes to mental states, as well as allowing that changes in mental states could also bring about physical changes to the body, in a 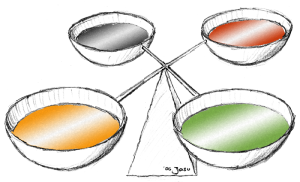 reciprocal fashion.[2]  The relative balance of the four humours – black bile, yellow bile, blood and phlegm – governed a person’s personality and temperament as well as their physical health, and terms such as phlegmatic, sanguine, choleric and melancholic are still familiar today.  In addition, health was dependent upon the correct administration of the six non-naturals – air, sustenance, sleep, movement, excretions (digestive and sexual), and finally the passions (or emotions).

According to Aristotle, the soul was formed of three parts – the vegetative, the animal and the intellective – and the passions belonged to the middle or animal part.  Sensory 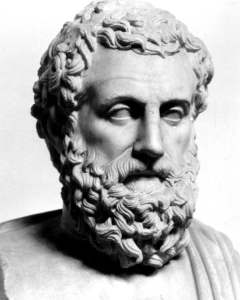 information received from the outside world aroused spirits which communicated with the soul to generate passions, which in turn created motions in the body which could cause physiological changes in its organs through their manipulation of the humours.[3]  Not only were the causes of mental disturbance deemed to by physical, but their treatment often involved the manipulation of the humours (bloodletting, purgatives, etc.), or the manipulation of the other non-naturals, including air, diet, sleep, and so forth.  Positive passions were also believed to be a remedy for the more destructive ones, and so activities such as conversation and laughter, spending time in fellowship, and playing or listening to music, were often recommended as ways of trying to overcome melancholy or despair.

the range, nature and severity of mental illnesses which people might suffer were (and are) culturally constructed, and therefore historically specific.  In the early modern period, religious sorrow was seen as a valid medical category of mental disturbance, while today medical psychiatry identifies a bewildering array of different conditions, from depression and anxiety through to serious psychotic disorders.  Where early moderns might attribute illness to an imbalance of the humours, the spirits, and the non-naturals, modern medical professionals see the causes of mental illness in inherited traits, environmental factors, and brain chemistry.  Where people in the sixteenth century looked to more homespun cures, treatments for mental health today often involve the professional administration of therapy or prescription medications, or a combination of both.  But in the growing emphasis today on the importance of self-care for good mental health, and on the importance of factors such as getting enough sleep, eating and drinking the right things, taking sufficient exercise, and making time for enjoyable, recreational or restorative activities, we are a surprisingly short distance from the early modern understanding of the importance of proper manipulation of the six non-naturals – even if we are unlikely to ever want to come completely full circle (leeches, anybody?!).