END_OF_DOCUMENT_TOKEN_TO_BE_REPLACED

Apparently a ‘blogiversary’ is a thing. It is, no doubt, another one of those neologisms that will make many of you cringe. But its also an excuse for a bit of fun, so we are going to take the chance to celebrate the fact that the many-headed monster is now two-years old! And what better way to celebrate than with a virtual cake and some statistics?! 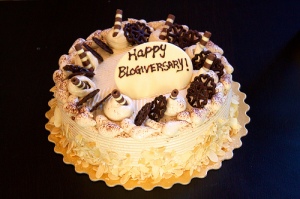 It all started back on 18th July 2012, with Brodie’s first post in his ‘Norwich Entertainments‘ series, about the providential messages inherent in the parading of a hairy child and a boneless girl around the city. Over the first two weeks we averaged a modest but respectable 10 hits a day.

Since then we have received over 53,500 hits on the blog, spread across 122 posts, complete with 685 comments, at closer to an average of 100 hits per day. These hits have come, somewhat unbelievably, from 140 countries! Less surprisingly most of our readers come from the UK, the US, Canada and Australia – though Germany and France are also well represented in our viewing statistics. India also makes the top ten.

Our top five most popular posts are all from our ‘History from Below’ online symposium held last summer. Laura’s post on John Dee’s Conversations with Angels is the most popular outside of that event. We summarised some of the other most popular posts in our 100th post recently if you want to know more.

One of the more curious things about our blog statistics are some of the unusual search terms that have led readers to the site. ‘Okapi’ has introduced no less than 11 unsuspecting stripy-animal enthusiasts into the world of early modern history (courtesy of Laura’s posts on the use of analogy in history writing). A search for ‘dirty mind of young sally’ has sent 9 browsers into our midst – and I think we would rather not know how or why.

Much more innocently the search ‘be nice to archivists’ has produced 8 visitors: certainly a sentiment we are happy to be logarithmically associated with. ‘Male hunk zodiac signs’ rather less so. Although, if this search produced a link to the John Dee post we’d like to think he would have been flattered…

So there you go: two-years of the ‘unruly sort of clowns’ and other early modern peculiarities. Some people out there seem to think the age of the blog is coming to an end. Others that they are an increasingly important component of being a historian in the 21st century. Whichever way the wind may be blowing we’re hoping to have many more blogiversaries if you, our beloved readers, keep coming back. Thanks for all the views, comments and tweets: we hope you’re enjoying the blog half as much as we are.

This short post is inspired by Laura’s brilliant mini-series on ‘Memorial and History’, which took its own inspiration from her discovery of Exeter’s 1909 memorial to the Marian martyrs Thomas Benet and Agnes Prest.

Hearing Laura talk about Exeter made me curious about the city where I was born and raised, and which bears the somewhat ignominious dual-honour of being the location of the first documented case of medieval blood-libel (a false accusation of ritual murder against the Jewish community), and also of witnessing the execution of one of the first evangelical martyrs of the reformation. END_OF_DOCUMENT_TOKEN_TO_BE_REPLACED