While putting together a reading list for a new undergraduate module at Birkbeck on ‘The Early Modern World, c.1500-1750’, I decided to seek advice from the twittersphere. I was particularly annoyed that my initial list for the weeks on slavery and colonialism was overwhelmingly white.

So, with that in mind, I asked twitter for suggestions of work by people of colour and received an outstanding response:

#twitterstorians Suggestions for articles by PoC on colonialism or slavery c.1500-1750? Still too many white men on my reading list for this

Thank you all for such a great response! I’m not going to be able to include all of suggestions in my final module list due to danger of swamping first-year undergrads with readings, but I thought it might be helpful to share the list that I collated in case other people were putting together their own lists. I’m also very keen to hear of further suggestions. 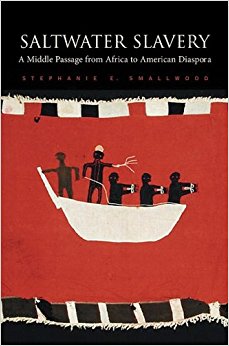 I should note a few caveats. First, I had to exclude a few excellent suggestions even from my long list as they were focused primarily on the post-1750 period, which is covered by another module. Second, there were a few publications that I don’t have access to, so I put them on a separate list too. Third, there may be errors, so let me know if I’ve miscategorised anyone. Fourth, I know that people of colour write great scholarship about all sorts of history other than colonialism and slavery, but I thought this would be a good topic to start with given the particularly egregious nature of my initial list. Finally, I’m very aware that this list is incomplete. I’d welcome the chance to update it, so please comment below with your own ideas!

Update: In 2015, Kim F. Hall and Hannah Ehrenberg created an annotated bibliography of Early Modern Race, Ethnic and Indigenous Studies which is crowdsourced and continually updated. We highly recommend it!

END_OF_DOCUMENT_TOKEN_TO_BE_REPLACED

Well, well. It was five years ago today that the many-headed monster first reared it’s head in the blogosphere. It all started with a pithy welcome post advising our readers that this blog was unlikely to feature Henry VIII’s wives, swiftly followed by Brodie’s first ever post – about a monstrous hairy child who was put on show for the entertainment of the citizens of 17thC Norwich – and by Mark’s first foray into blogging – a short think-piece on the 17thC hangover.

In the following half-decade ‘the monster’ grew two new heads – Laura and Jonathan – and between us (and a few guests…) we published 260 posts on various aspects of early modern society and culture: an average of one per week. Collectively they have been viewed over 236,000 times, by over 123,000 visitors, and been subject to thousands of comments. We would like to say a big thank you to everyone who lurks somewhere in those statistics for their interest in, and support of, this blog. We drink your health, dear readers!

One of the great things about having been around for a while is that we can now lay claim to having our very own ‘archive’. Every post we have published is still openly available for all and sundry to peruse, and we would like to take this opportunity to encourage our readers to do what many of you love to do best – delve into the archive!

If you’re looking for bite-size chunks of early modern history to fill your lunch hour – or perhaps to set as introductory reading for your students – then there are a number of ways to search through our past posts. First, you can use our ‘Browse by Theme‘ option to browse our archive by – you guessed it – specific themes. Second, you can visit our ‘Monster Mini-Series’ page to find some collections of some our most popular posts, which include things like useful introductory reading lists (‘Marooned Monographs‘) and posts relating to ongoing debates about issues like periodisation. Third, you can simply stick a keyword in the ‘Search’ box on our homepage to see if we have any posts touching on whatever it is you are interested in (‘drink’ brings up quite a few hits…).

Our knowledge of both literal and figurative imprisonment in the sixteenth and seventeenth centuries is growing rapidly thanks to the on-going work of some outstanding historians and literary scholars. On Friday, a group of them assembled at Birkbeck for a ‘mini-symposium’ on the topic of ‘Writing Prisons: Literature and Constraint in Early Modern England’, where they considered ‘forms of physical, political, and aesthetic unfreedom’ at that time.

The event was organised by Molly Murray, who is currently completing a book on the literature of the prison, and also included short papers from Ruth Ahnert on the correspondence networks of Marian Protestant prisoners; Andrea Brady on the trope of constraint in poetry; Richard Bell on the use of written records by London prisoners and their jailors; and Robert Stagg on how rhyme was conceptualised as aesthetic ‘bondage’ or ‘liberty’. Pleasingly, the audience included scholars such as Vanessa Harding, Susan Wiseman, Molly Corlett and John Levin, ensuring that the discussion that followed was wonderfully wide ranging.

Although I’ll make no attempt to summarise the whole event, it did set my mind whirring and left me with a few particularly strong impressions … END_OF_DOCUMENT_TOKEN_TO_BE_REPLACED